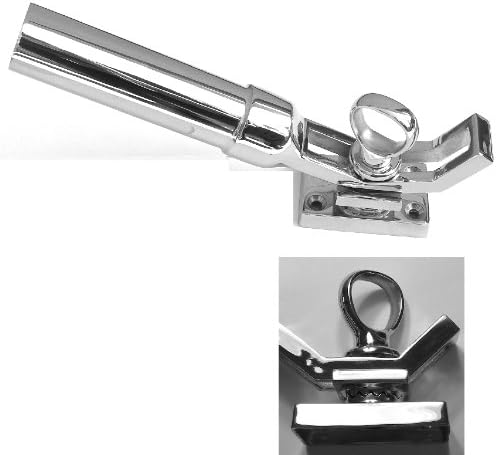 Material: Polished marine grade stainless steel Easily mounts to deck with permanent base plate. Fully adjustable to lock-in desired fishing angle in 3-D The daimeter of the holder is: 1-5/8" The length of the holder is: 6" The mounting base is: 2" wide x 3.5" long